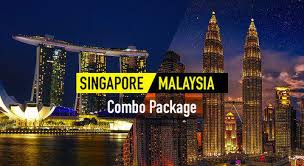 Payment Terms & Methods :
* 30% Advance Percentage of total booking amount
* Airfare/Transport fare to be paid full at one time in advance.

OneGroup Holidays is one of the most famous names in the industry of tourism. We as a team are catering to various travel requirements of the holidaymakers all over the nation by providing best-in-class travel services to the clients. We offer various travel services such as tour operators services, car & coach rental services, flight booking services, and travel insurance services. In addition to this, we also provide the best event management services and hotel booking services as well. We are backed by a team of diligent and astute professionals who are highly experienced in their respective domains. Itinerary Suggestion/ Tour Packages The process of trip planning takes a lot of time and causes much hassle. Being an expert in tourism, we also provide you with useful itinerary suggestion besides having well planned readymade tours in our Explore India brochure. Whether you are passionate about culture, adventure or wildlife, you can find a tour to match your requirements. In case you don’t find a right tour, you can get in touch with our travel experts along with your travel details. They will design a tour just for you. Taking Care of Your Smaller Travel Needs One solution for all your travel needs; we are happy to take care of even your minute travel needs. So, if you are worried about travel services like air/rail tickets, hotel reservation and car/coach rentals with experienced drivers or multilingual guides, you can be completely at ease. Just send us your travel details and the rest will be taken care by us, without any hassles. Hotels we offer a wide range of choices for hotels depending on one’s interest and budget. We offer our client luxurious accommodation in old palaces where you feel no less than kings or offer you clean and comfortable hotels which offer very good value for money. We inspect these hotels regularly to ensure quality and comfort. We also put lot of emphasis on family run heritage hotels for a more intimate experience. Read More...