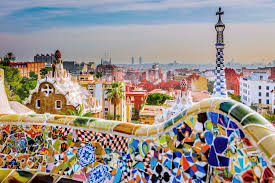 Spain, a country on Europe’s Iberian Peninsula, includes 17 autonomous regions with diverse geography and cultures. Capital city Madrid is home to the Royal Palace and Prado museum, housing works by European masters. Segovia has a medieval castle (the Alcázar) and an intact Roman aqueduct.

Travel Darbar is a prominent name in the area of operations. We commenced our company operations in 2013 with a sole motive to make travel simple and convenient for all. Keeping this in mind, the entire workforce at Travel Darbar works collectively to render top-notch travel solutions as per the individuals’ travel preference. We are based in Nagpur (Maharashtra, India) and we cater to domestic, inbound, & outbound travel requirements of travel enthusiasts. Read More...