Lille is a city in northern France. It is the principal city of the Lille Métropole, the fourth-largest metropolitan area in the country behind those of Paris, Lyon and Marseille. Lille is situated on the Deûle River, near France's border with Belgium. It is the capital of the Nord-Pas de Calais region and the prefecture of the Nord department. A former major textile manufacturing centre, Lille forms the heart of a larger conurbation, regrouping Lille, Roubaix, Tourcoing and Villeneuve d'Ascq, which is France's 4th-largest urban conglomeration with a 1999 population of over 1.1 million.

Lille's climate is mostly pleasant throughout the year, but summer (June to August) is the warmer time to visit with temperatures averaging 68°F (20°C). Winter temperatures can reach 32° F (0°C) in January and the wind can make days very cold. Rainfall is evenly spread over the year, but particularly in autumn and spring.

Lille has a reliable and efficient public transport network comprising buses as well as trams and most impressively one of the world’s first driverless Metro systems. However, most places of interest in this city are located within the city centre making walking the best and most enjoyable means of getting about.

Lille Lesquin International Airport is 15 minutes from the city centre and is the twelfth most frequented French airport as far as passenger numbers.

Lille is home to the third largest French river port after Paris and Strasbourg. The river Deûle has over 680 km of waters and connects to Northern Europe via the River Scarpe and the River Escaut (towards Belgium and the Netherlands).

There are five auto routes which pass by Lille, making it the densest section of highways in France after Paris.

Each district has its own special features, and the variety of shops is enough to satisfy every budget and every desire.

♦ With its narrow, cobblestone streets lined with lovely Flemish houses, Old Lille is the ideal place to find the great names in luxury goods, fashion and design. There are plenty of antiques shops and art galleries and a pleasant market on the Place du Concert every Sunday morning.

♦ In the centre and pedestrian streets, you’ll find the department stores and international chain stores. On the Grand Place, the Furet du Nord is one of the biggest bookshops in Europe!

♦ In the train station district, the Euralille shopping centre, designed by Jean Nouvel, houses a hundred shops, restaurants and a hypermarket beneath its futuristic lines.

♦ The multi-ethnic Wazemmes area is a place to come bargain hunting in the bazaars and discount shops in the Rue Gambetta district.

♦ On the Place de la Nouvelle Aventure, you’ll find flavours from all over the world at the large, bustling Sunday morning market.

Entertainment : ο Nightlife : - Lille has a nightlife all its own. The days of hopping on a train to Brussels are long gone, as the student bar scene has evolved into late-night clubbing, and floor-shows provide entertainment for those who'd rather sit down and watch. ο Festivals
Read More 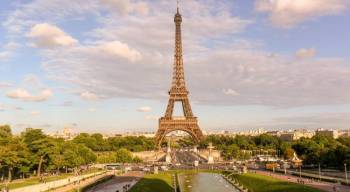