The Shahi Qila was a magnificent palace in Burhanpur located to the east part of the Tapti River. This quila is nothing but a little except ruins remain of the castle. Still, the parts that staying now are amazing works of sculpture and exquisite carvings that can make any tourist fall in love.

It states that the Qila was initially built by the Farooqui rulers where Shah Jahan resided at the time when he was the governor of Burhanpur. Shah Jahan became too much fond of the fort that it was here, in Shahi Qila that he made his court for the first three years of his mounting the throne. Shah Jahan spent some substantial time in this city and assisted add to the Shahi Qila. Two critical parts were made on the terrace of Qila that are Diwan-i-Aam.

The architecture of Shahi Qila

The architecture of Shahi Qila is quite attractive. However, the primary fascination at the palace is the hamam, also called as the royal bath built explicitly for Shah Jahan's wife, Begum Mumtaz Mahal. This was equipped so that she could enjoy a deluxe bath in water scented with saffron and rose petals. Hammam Khana was built and adorned during the Mughal Period.

The baths have an inscription of Khan Khana Mirza Abdul Rahim Khan. He was the famous minister of Akbar and Jahangir. The rooms have a domed roof. The Hammam is exquisitely decorated with portraits on honeycomb work. Even today, the ceiling has many elaborate paintings.

One of these images portrays a tombstone which is said to have been the motivation of creativity for the Taj Mahal. One of the incredible facts is that the Taj Mahal was initially thought to have been built at Burhanpur. The residents of Burhanpur call the Shahi Qila as 'Bhulbhulaya' (which means a labyrinth). The reason is the architecture of the Shahi Qila is quite mystifying and puzzling for a casual visitor.

Asirgarh Fort is also renowned as Asa Ahir Garh as it was built by Emperor Asa Ahir. However, the previous name was Asa Ahir Garh, which later on got transformed and became Ashirgarh. It is positioned in the Satpura Range about 20 km, north of the city of Burhanpur, in Madhya Pradesh. People also know it as the

• Key to the Deccan or

The Asirfort was built by Asa Ahir of the Ahir dynasty.

A shrine and a worshipping place mutually make this one of the most searched for the place after attractions in the heart of Burhanpur. It is situated in the very center of town in Gandhi Chowk.

This is one of the holiest spaces for the Dawoodi Bohra Muslims in Madhya Pradesh located about 3 km from Gandhi Chowk in Burhanpur. A lot of Muslims, as well as people from other religions, come to visit this.

How to reach Burhanpur?

The best way to reach Burhanpur is to hire a taxi and contact the place as there is no direct public conveyance to Shahi Qila.

The best time to visit Burhanpur is during the winters from the month of October to March. The weather is an excellent one for exploring and experiencing the rich flavors of the grand city. July-September is the second-best time to visit the city.

• During the Mughal Era, it was famous as the Deccan started here while the empire from Asirgarh to Delhi was deemed to be Hindustan.

• In Mumtaz's memory, the Taj Mahal was built, died in Burhanpur while giving birth to her fourteenth child.

• The main fascination at the palace is the hamam or the royal bath. It was instituted explicitly for Shah Jahan's wife, Begum Mumtaz Mahal so that she could enjoy a luxurious soak in water scented with khus, saffron and rose petals.

• The Shahi Qila, Burhanpur is generally in ruins now, excluding a few attractively carved portions of the palace that still looks as a symbol of the beautiful Qila it was in its olden days.

• Plan in advance to arrange things 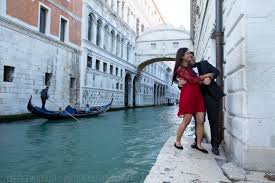 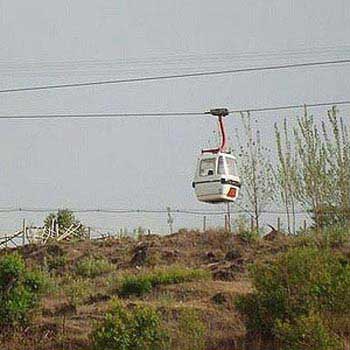 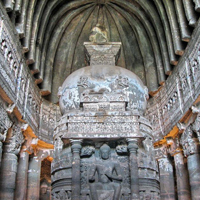 Top Places to Visit in Burhanpur

All Places to Visit in Burhanpur