#4
Amont Things to Do in Sirmaur

Introduction: The mind blowing range of flora and fauna that adorn the slopes of the Himalayas in Himachal Pradesh attracts thousands of wildlife enthusiasts and adventure freaks to its depths every year.
The wildlife sanctuaries and national parks in Himachal Pradesh are numerous and are home to an astonishing plethora of wildlife. To have a feel of the wildlife scenario in Himachal, there are at present 32 Sanctuaries, 2 National Parks and 3 Games Reserves in the state. These forests harbor about 64 species of mammals, 463 species of birds, 43 species of reptiles and 516 of aquatic fauna teeming among over 3240 species of plants. The Renuka Sanctuary named after the town of Manali, is a major tourist junction for nature lovers.
Renuka Wildlife Sanctuary- Fast Facts The Renuka Wildlife Sanctuary is located in Sirmour district in Himachal Pradesh. The total area of the sanctuary is about 402.80 hectares and is comprised of the Renuka Reserve Forest and has been declared as Abhayaranya. Also, an area of roughly about 300 hectare outside the sanctuary has been declared as a buffer belt. Renuka Wildlife Sanctuary- Myth Renuka is an abode of temples of mother and son duo of Renukaji and her son Lord Parshuram. Mythologically Renukaji is worshipped as an incarnation of Goddess Durga. She was the wife of Rishi Yamdagini and her son Parshuram is believed to be the sixth incarnation of Lord Vishnu. Legend has it that in order to obey the command of his father Parshuram had to sever the head of his mother. However, after killing his mother, Parashuram begged his father to perjure life in his mother, for which the Rishi agreed. Sahastarvahu, the emperor wanted to marry her and once when Parshuram was away, he killed Rishi Yamdagini and his four sons to marry Renukaji. To escape the clutches of this emperor Renukaji killed herself by jumping into a pond then known by the name of the Ramsarover and vanished into it. Since then the lake is worshiped as Renuka Lake.
Wildlife in Renuka Sanctuary The vegetation inside the sanctuary comprises mainlyof Anogeissus, Lucinea, Terminalia, Khair, Shisham, Carrie, Cordia and a number of climbers in moist depressions. The fauna includes Leopard, Samber, Spotted Deer, Barking deer, Jackal, Hare, Jungle cat, Plam Civet, Porcupine, Blue jay, Black Partridge, Drongos, Hill Crow, Scarlet Minivet, Bulbul, Common Coots, Greenm Pigeons.
The Renukaji Zoo is the oldest zoo in Himachal Pradesh, and was initially started during 1957 with rescued, stray and deserted wild animals from the forests. The first animal brought here was a male spotted deer named Moti. To accommodate the increasing number of animals, the concept of an open park was conceived and the park was established in 1983. At present the Lion Safari, zoo, Aviary and Sanctuary is under control of the administrative control of Shimla Wildlife Division. 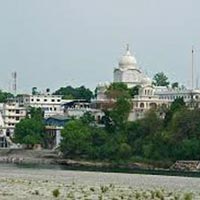 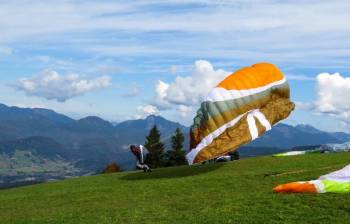 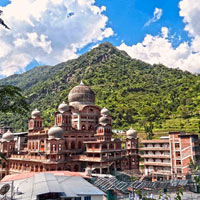 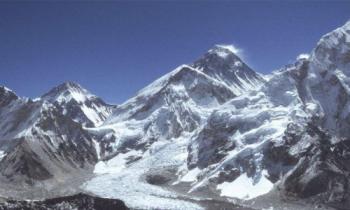 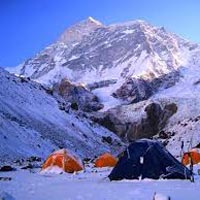 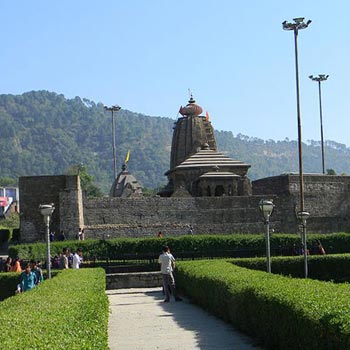 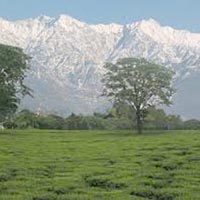 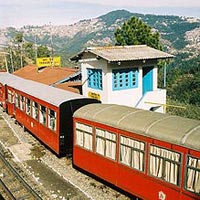 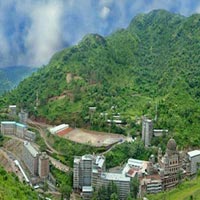 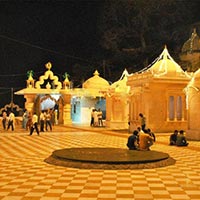