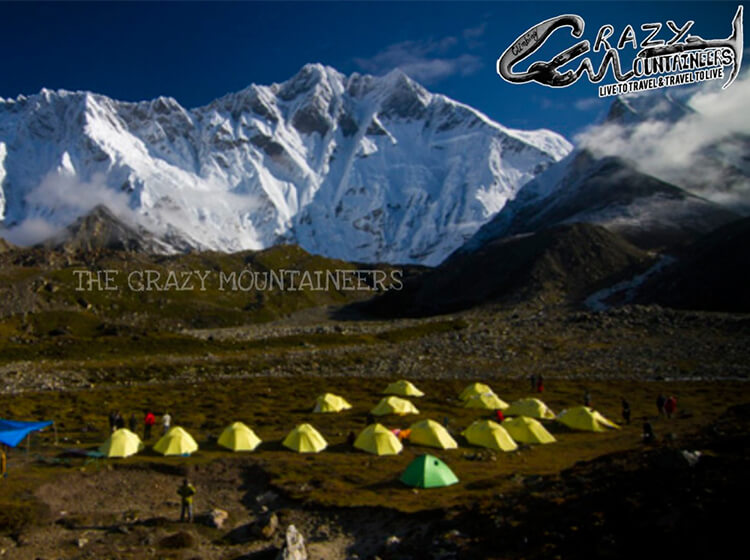 Offered by : THE CRAZY MOUNTAINEERS 0/5 - 3 Reviews

Region :- Uttrakhand Duration :- 9 Days Grade :- Moderate Max Altitude :- 14,816 Ft. Approx Trekking Km :- 43 Kms. Bagini Glacier runs down northwards from Changabang & Trishuli peaks (in North-West rim of Nanda-Devi Sanctuary) and then the Bagini melt river turns westwards where it is joined by Dunagiri Glacier waters running down from Purbi-Dronagiri ridge. Further west, it is joined by the Lampak stream and finally flows into the Dhauli-Ganga, just north of Jumma Village. We reached Jumma Village by Max-Jeep from Joshimath on 14th June 2011 and then trekked via Ruing & Dronagiri Villages and along the Bagini Glacier to finally stare, in awe, at the snow peaks of Rishi-Pahad, Hardeol, Kanakha, Changbang and Trisuli Peaks.


About THE CRAZY MOUNTAINEERS

The Crazy Mountaineers is a tour and travel agency, involved in offering a variety of services & solutions to travel enthusiasts coming to explore North India. We operate from Dehradun (Uttarakhand, India) with a network of tour operators and travel agents to make your travel safe and convenient. We started our company operations in 2019 with under the leadership of Mr. Kanishk Singh Rathore. He holds years of industry knowledge and experience required to run smooth company operations. Working under his able guidance, we have secured a good name in the area of operations. When you choose us to plan your travel itineraries, right from tour package booking to your safe return to your homeland, we provide complete support at every step of your travel. Read More...

More Packages by THE CRAZY MOUNTAINEERS