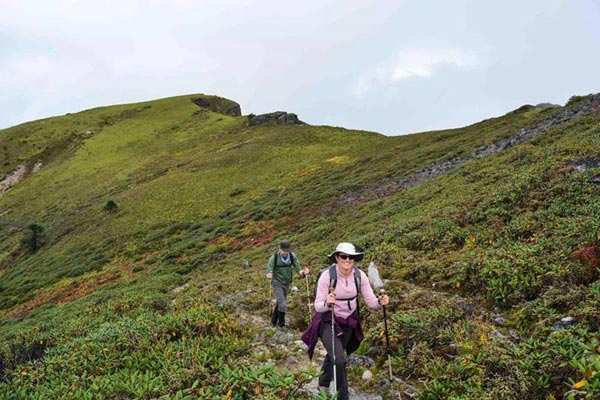 Bhutan has it all when it comes to natural beauty, with dramatic mountains, deep forests, and the stunning Himalayan meandering rivers. Much of the country is hidden and is only accessible by trekking. But these hidden corners also offer fascinating sights, a rich cultural heritage, making it the perfect place for a trekking adventure. Our trail brings you from the alpine settings at the highest points, and the primeval forests and glacial lakes of Bhutan’s enchanting rural zones, the jewel of Himalayas’ ultimate serene settings and sun-splashed meadows only inhabited by Yak herders.

Your cultural encounters are unforgettable as you explore mountain villages with age-old traditions, stroll around ancient walled towns, and sample wonderful local cuisine, including the regional Ema Datshi, a sumptuous dish of unique taste and character. From the highest points in the country and the soaring peaks of Mount Jhumolhari, Bhutan offers a phenomenal range of environments and thrilling adventures, most of which lie on this journey. Our perfectly paced trek follows in the path of the ancient Bhutanese and brings you to fascinating places accessible only on foot and through the legendary towns and cities into the stark, vast expanse of Bhutan’s mystical wilderness to see some of the most fascinating sceneries on the planet.