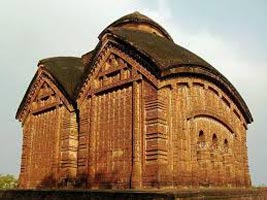 Confitech Tours & Travels Pvt. Ltd. Was Established in 2012 By a Group of Young, Dynamic and Hard Working Professionals, Whose Ultimate Aim is to Facilitate the Sport of Traveling and Deliver the Best Travel and Tour Services and Solutions to Clients. Mr. Indranil Chatterjee Serves the Company as Its Ceo and His Remarkable Guidance Has Strengthened the Company Base. We are Based in Bishnupur, West Bengal and We Operate Throughout the Country. in Just Three Years of Service, We have Witnessed a Tremendous Growth in Our Clientele Throughout the Country, Which Clearly Indicates the Success of Our Devotion and Hard Work. We Work with Impeccable Dedication and Commitment to Deliver the Best of Products and Services to Our Clients. Perfection is What We Seek to Achieve in Our Work. We Prioritize Client Satisfaction and We Go Out of the Way to Take Care of all Their Requirements. We Constantly Work Towards Making Our Products and Services Better with Time. We Aspire to Deliver Excellent Travel and Tour Services to Our Clients. Transparency and Honesty are Our Key Features and We Work Ceaselessly to Live Up to the Expectations of Our Clients. So, Join Hands with Us and Make the Art of Traveling More Exciting and Joyful! Read More...