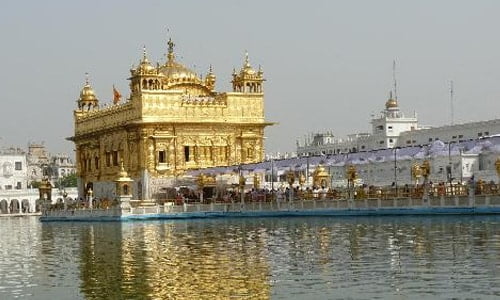 The Amazing Journey Starts from Capital Delhi from Where Various Emperors have Ruled India, On to Sikhism (amritsar), Buddhism (dharamshala + Sarnath, Varanasi) and Islamism (agra). the Programme Takes You First to the Land of Golden Temple, Amritsar (holy City of Turban Clad Sikhs) to Witness Spectacular Ceremony of Changing Guards and Lowering of Flag At Wagha Border and Then Proceeding On to the Foot Hills of Himachal Pradesh to See & Experience Village Life in India. and See the Tibetan Kingdom in Exile. Later Visit One of the Seven Wonders of the World – the Taj Mahal At Agra Followed By Erotic Temples of Khajuraho and At the End Varanasi the Holy City for Hindus and Nearby Sarnath Where Buddha Delivered His First Sermon and also Attained Nirvana.

Payment Terms
To hold your booking made via this website, at least 30% of the total amount shall be paid as advance. The Management holds the right to alter the amount to be paid as advance, depending on the nature and/or time left for the commencement of the service. The balance amount has to be paid to the Company 60 Days prior to arrival. But it is recommended that in peak season Hotels/ Resorts request 100% deposit and the same will be advised to the clients and need to pay in advance.

Cancellation Policy
In the unfortunate event of canceling your service, the same shall be notified to us either in writing or via e-mail. The charges for cancellation shall be levied with effect from the date we receive your letter demanding so.
60 - 45 Days - 100% Refund*
40 - 30 Days - 50% Refund*
less than 30 Days - No Refund*

Our Commitment to Data Security
To prevent unauthorized access, maintain data accuracy, and ensure the correct use of information, we have put in place appropriate physical, electronic, and managerial procedures to safeguard and secure the information we collect online.