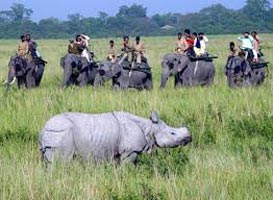 Any personal expenses such as laundry, telephone bills, hard & soft drinks etc.
Tips to any staff like drivers, guides, escort, porters hotels, restaurants etc.
International or domestic flight tickets and insurance.
Video / Camera charges at monuments / Parks
Expenses related to any unforeseen incident which is beyond our control or any change in itinerary at last moment etc

The Indian culture is huge and diverse, and it takes anyone who travels through it so deep that no one can miss that aroma of Indian culture. Visitors to India are charmed, inspired and bemused by its diverse sights, sounds and smells – it is a holiday destination unlike any other in the World. The India is perhaps the only destination in the World which is re-discovered everyday with new, you can do a high altitude trek, do a wildlife safari in a National Park, spend a night lazily cruising the backwaters, ride a Camel in the desert, spend time gazing at the Taj Mahal, and on religious part we can’t forgot to say about Varindavan, Mathura chanting Hare Krishna, Ajmer Sharif, Golden Temple, Sun Temple, Haridwar, Rishikesh and many more for which list cannot be ended and still have time to relax on a beach !! India has all this and much more … Read More...