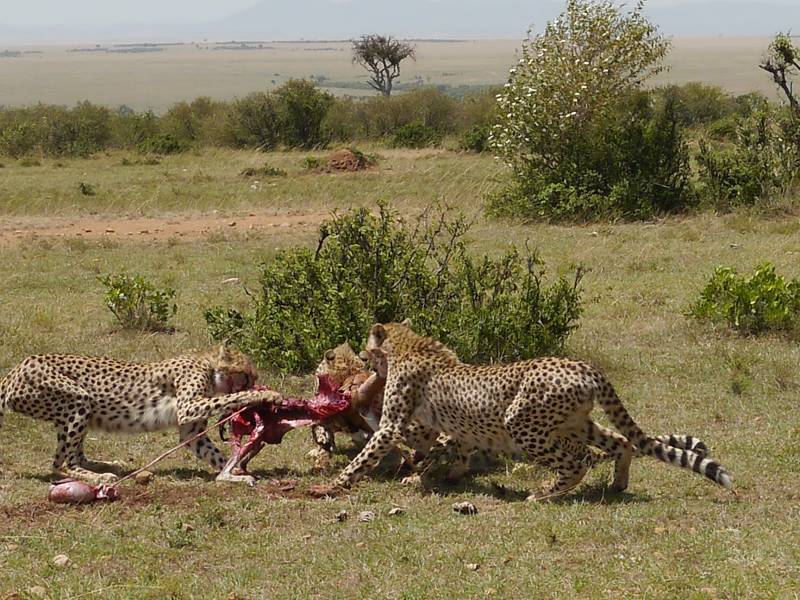 Kenya kenya is a Country in East Africa with Coastline On the Indian Ocean. It Encompasses Savannah, Lakelands, the Dramatic Great Rift Valley and Mountain Highlands. It's also Home to Wildlife like Lions, Elephants and Rhinos. from Nairobi, the Capital, Safaris Visit the Maasai Mara Reserve, Known for Its Annual Wildebeest Migrations, and Amboseli National Park, Offering Views of Tanzania's 5,895m Mt. Kilimanjaro. nakuru nakuru is the Capital City of Nakuru County, Kenya. It is Northwest of Nairobi, in the Great Rift Valley. Nearby is Lake Nakuru National Park, Home to Rhinos, Giraffes, Lions and Leopards. Lake Nakuru is An Algae-filled Soda Lake that Attracts Thousands of Flamingos. Lookout Points such as Baboon Cliff and Lion Hills Offer Views of the Birds, the Lake and Mammals Including Warthogs and Baboons. maasai Mara maasai Mara National Reserve is An Area of Preserved Savannah Wilderness in Southwestern Kenya, Along the Tanzanian Border. Its Animals Include Lions, Cheetahs, Elephants, Zebras and Hippos. Wildebeest Traverse Its Plains During Their Annual Migration. the Landscape Has Grassy Plains and Rolling Hills, and is Crossed By the Mara and Talek Rivers. the Area Nearby is Dotted with Villages (enkangs) of Maasai People. nairobi nairobi is Kenya's Capital City. in Addition to Its Urban Core, the City Has Nairobi National Park, a Large Game Reserve Known for Breeding Endangered Black Rhinos and Home to Giraffes, Zebras and Lions. Next to It is a Well-regarded Elephant Orphanage Operated By the David Sheldrick Wildlife Trust. Nairobi is also Often Used as a Jumping-off Point for Safari Trips Elsewhere in Kenya.Airfare / Rail fare Govt Tax of 5% over and above the Tour Cost mentioned Entrance fees Any increase in Airfare, Airport taxes, any up gradation in Airline class or hotel room category Cost of Insurance Cost of Pre/Post tour hotel accommodation Any extra cost incurred on behalf of an individual due to illness, accident, hospitalization, or any personal emergency