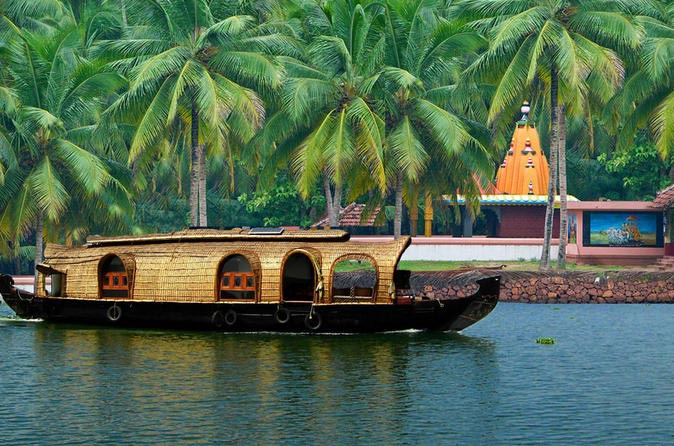 The Golden Chariot is a luxury tourist train that connects the popular tourist sites of South India. On this journey, you will experience Indian hospitality in its purest form - warm, welcoming and luxurious!
Your journey will start in the Silicon Valley of India - Bangalore. You will then embark towards the capital city of the state of Tamil Nadu - the state which is known as the cultural center of South India. Mamallapuram is a UNESCO World Heritage Site and Pondicherry is a former French colony which still exudes a European aura. The exquisite temples of Tiruchirapalli will blow your mind while the beauty of Madurai temple architecture will mesmerize you.
Your luxurious journey will culminate on the sinuous backwaters of Kerala, the state known as God’s own Country. Throughout this South Indian sojourn, you will travel, eat and sleep in style on board the carriages of the Golden Chariot. So come and indulge yourself in unadulterated opulence and beauty.