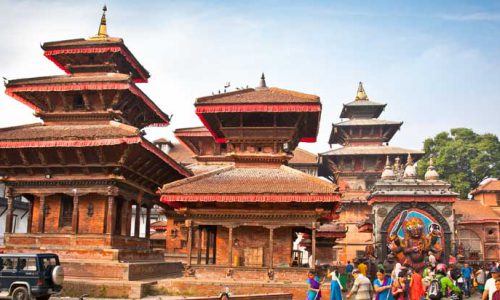 Draped Along the Greatest Heights of the Himalaya, Nepal is Where the Ice-cold of the Mountains Meets the Steamy Heat of the Indian Plains. It's a Land of Yaks and Yetis, Stupas and Sherpas and Some of the Best Views On Earth. the Himalaya's Most Sophisticated Urban Cultures Took Shape Here, in the Three Great Cities of the Kathmandu Valley, Home to a World-class Artistic and Architectural Heritage. Many Visitors, Drawn to Nepal By the Promise of Adventure, Leave Equally Enchanted By the Friendliness and Openness of the Nepali People. Nepal is An Amazingly Diverse Country that Offers Something for Everyone. One Journey Through this Land is Rarely Enough.