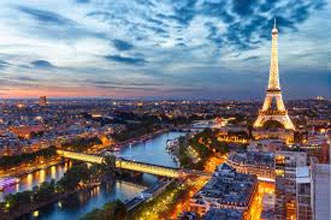 Home to numerous lakes, villages and high peaks of the Alps, Switzerland is a dreamy mountainous Central European country that lures tourists from all over the world. France, in Western Europe, encompasses medieval cities, Mediterranean beaches and alpine villages. Paris, its capital, is most renowned for its classical art museums like the Louvre, fashion houses and the Eiffel Tower. The country is also renowned for its world-class wines and sophisticated cuisine. Italy is another major tourist destination that boasts of mouthwatering cuisines and western culture.


About RGM Tour And Travels

RGM Tour And Travels is a thriving name in the travel industry, offering all sorts of tour & travel services and solutions under one roof. We are operating from Delhi, India and licensed to handle inbound, domestic and outbound travel operations. The company was established in 2018. We are certified to provide services of a travel agent including airline ticketing, passport & visa, travel insurance, cruise booking and car hiring. Not just this, we have tied up with Booking.com and Oyo Rooms to make you lodge in a lap of comfort as per your schedule and budget. We also cater to needs of event planning and hosting in India and abroad. Read More...