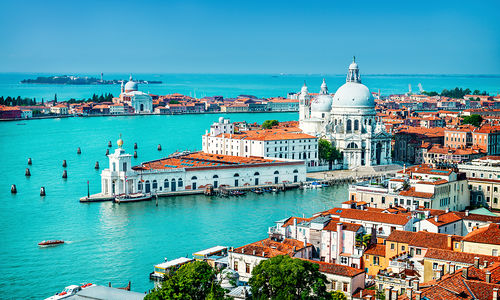 Paris, Zurich, Lucerne, Interlaken, Vaduz, Innsbruck, Wattens, Venice. Travel date :- Oct 10,24 / Nov 10 , 20 / Dec 08 / Jan 12 , 26 , / Feb 09 , 23 / Mar 09 , 23 NOTES: Above package cost is subject to availability with first come first services Surcharge will be applicable on particular dates , festival & peak dates. Please check with your sales person before commitment to client. Given is a suggested itinerary and it may change as per the availability at the time of booking. Rates are subject to change in case of any changes in airport taxes, hotel rates, transport rates, government taxes or IROE fluctuation. International Check in time is 1500 hrs and Check out time is 1100 Hrs. Early check-in/ late checkout is subject to availability. Rates are not valid during the festivals, fairs, special events, blackout dates, Carnival etc Above rates are Nett and Non Commissionable. In case of unavailability in the listed hotels, arrangement for an alternate accommodation will be made in hotel of similar standard.Mandatory tips of Euro 3 per person per day for Coach drivers, Guides etc. Hotels surcharge (if applicable) Arrival & Departure transfer surcharge for flight arriving between (2300hrs – 0700hrs) Mini Bar consumption / Room Service / Laundry / Telephone calls Early Check in / Late Check Out Charges in hotels for additional services. Travel Insurance. Any services not included in the above itinerary Items of personal nature e.g. ISD, STD and Local phone calls, fax, laundry, room services Meals and beverages not specified in the itinerary will be charged separately Sightseeing not specified above in the itinerary Optional activities like entertainment / adventure sports / games and anything not specified in the inclusive package