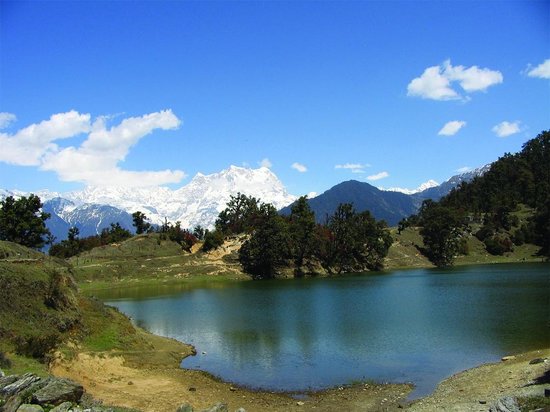 Sikkim is a Indian State Located in the Himalayan Mountains. The State is Bordered By Nepal to the West, China's Tibet Autonomous Region to the North and East, and Bhutan to the East. The Indian State of West to Bengal Lies the South. With 607,688 Inhabitants Sikkim is the Least Populous State in India and the Second-smallest State After Goa in Total Area. Sikkim Has Kangchenjunga, the World's Third-highest Peak, is Located On Sikkim's Border with Nepal. Sikkim is a Popular Tourist Destination, Owing to Its Culture, Scenery and Biodiversity. Sikkim's Capital and Largest City is Gangtok. Almost 25% of the State is Covered By the Khangchendzonga National Park. According to Legend, the Buddhist Guru Padmasambhava Visited Sikkim in the 8th Century Ce, Introduced Buddhism and Foretold the Era of the Sikkimese Monarchy. Sikkim's Namgyal Dynasty Was Established in 1642. Over the Next 150 Years, the Kingdom Witnessed Frequent Raids and Territorial Losses to Nepalese Invaders. In the 19th Century, It Allied Itself with British India, in 1975, a Referendum Abolished the Sikkimese Monarchy, and the Territory Instead Became Part of India. Almost the Entire State is Hilly, with An Elevation Ranging from 280 Metres (920 Ft) to 8,586 Metres (28,169 Ft). The Summit of Kanchenjunga—the World's Third-highest Peak—is the State's Highest Point, Situated On the Border Between Sikkim and Nepal. Numerous Snow-fed Streams have Carved Out River Valleys in the West and South of the State. These Streams Combine Into the Major Teesta River and Its Tributary, the Rangeet, Which Flow Through the State from North to South. About a Third of the State is Heavily Forested. The Himalayan Mountains Surround the Northern, Eastern and Western Borders of Sikkim. The Lower Himalayas, Lying in the Southern Reaches of the State, are the Most Densely Populated. The State Has 28 Mountain Peaks, More Than 80 Glaciers, 227 High-altitude Lakes (including the Tsongmo, Gurudongmar and Khecheopalri Lakes), Five Major Hot Springs, and More Than 100 Rivers and Streams. Eight Mountain Passes Connect the State to Tibet, Bhutan and Nepal, Sikkim's Hot Springs are Renowned for Their Medicinal and Therapeutic Values. Subdivisions- Sikkim Has Four Districts – East Sikkim, West Sikkim, North Sikkim and South Sikkim. The District Capitals are Gangtok, Gyalshing, Mangan and Namchi Respectively. These Four Districts are Further Divided Into Subdivisions; Pakyong and Rongli are the Subdivisions of the East District, Soreng is the Subdivision of the West District, Chungthang is the Subdivision of the North District and Ravongla is the Subdivision of the South District. Flora and Fauna- Sikkim is Home to Around 5,000 Species of Flowering Plants, 515 Rare Orchids, 60 Primula Species, 36 Rhododendron Species, 11 Oak Varieties, 23 Bamboo Varieties, 16 Conifer Species, 362 Types of Ferns and Ferns Allies, 8 Tree Ferns, and Over 424 Medicinal Plants. The Red Panda is the State Animal of Sikkim. The Fauna of Sikkim Include the Snow Leopard, Musk Deer, Himalayan Tahr, Red Panda, Clouded Leopard, Marbled Cat, Leopard Cat, Dhole, Tibetan Wolf, Hog Badger, Binturong, and Himalayan Jungle Cat. They are Many Rare Species of Birds in Sikkim. Sikkim also Has a Rich Diversity of Butterflies.