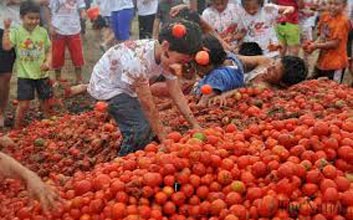 2 nights at AC by Marriot Coslada or similar in Madrid.

1 night at Salamanca Forum or similar in Salamanca.

2 nights at Los Capuchos or similar in Lisbon.

1 night at Vertice Aljarafe or similar in Seville.

1 night at Nevada Palace or similar in Granada.

1 night at Silken Valencia or similar in Valencia.

Enjoy Indian / Continental Meals in Europe
A Choice of Jain / Vegetarian / Non-Vegetarian MenusEnjoy the services of a Friend, Philosopher and Guide (Your Tour Manager).

Enjoy a Cruise on the Tagus river.

Enjoy Flamenco Show with Glass of Wine.Reservation and payment for the suggested excursions can be made upon arrival on the 1st day of your tour with the tour manager in EURO only. Suggested excursions will be operated subject to minimum 20 passengers.

Single room supplement EURO 450 per person & ` 3,350 per person. • *As a 3rd in a triple, a roll away cot may be provided. • ** As a 3rd in a double, no bed or cot will be provided to the child. Person below 12 years will be considered as a Child. • Maximum 3 persons are allowed per room. • Peak season supplement may be applicable. Kindly check with your Sales Officer for details.