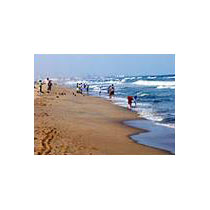 Other Terms & Conditions :
Hotel check - in & out will be 12 noon.
Generally all Hindu Temples in India are closed from 12 Noon to 16.00 Hrs. on all days.
3 rd Bed as Additional Bed is provided on the floor with foam mattress (1 Room for 3 Persons).

Drive from one city to another city can be undertaken at any time of the traveller's choice, based on comfort, convenience, possibilities, driving feasibility (Not during night) and sightseeing timings.

The vehicle will not be available for use by travellers from 22:00 hrs to 06:00 hrs i.e. during night hours. This is to ensure safety of the travellers and rest for the driver to enable the driver to drive the vehicle safely during the day.

The places mentioned in the sightseeing visit of each day can be skipped on operational reasons by our agencies and travellers for various unknown reasons such as traveller's interest, shortage of time, requirement of more time for another place, visiting alternate place instead of the scheduled place, traffic jam, closure of the place, strike, bandh, etc. The traveller's punctuality and co- operation will help us follow the scheduled programme of visit to every place and cover all the places.

JJ Car Rental is a pioneering travel company located in Bangalore (Karnataka, India). The company is providing tour and travel services to the tourists. We are specialized in providing the best transportation solutions to the travelers for making their tour successful and hassle-free. Our services can be availed by both Indian as well as foreign tourists. Travelers can hire from us, the best cars at reasonable rents. As car rental service providers, we have been able to compile a wide fleet of well-maintained cars that are now available for hiring for the tourists. We are also providing a wide range of taxis for budget as well as luxurious traveling needs. Besides this, we are also offering excellent hotel booking services. Our associations with several hoteliers across diverse destinations in India help us in booking rooms for the tourists promptly. Read More...