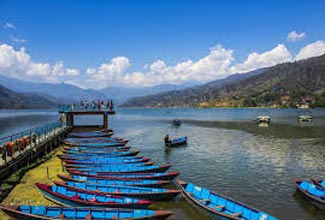 Paul Merchants Limited is the flagship Company of renowned “PAUL GROUP OF COMPANIES”, a conglomerate having interests in varied fields including International Money Transfer, FOREX, Tours & Travels, Prepaid Instruments, Domestic Money Transfer, Gold Loans and Entertainment Industry (Satellite TV). As on today PML’ travel division, which is christened as ‘PML Holidays’, has at its disposal holiday packages tailored for the needs of people from all walks of society as per their preferences and pocket. Today, PML is not just accredited with IATA but also affiliated with the Ministry of Tourism and has memberships of TAAI, PATA and ASTA. Falling in line with the industry trends, PML is now available for ONLINE reservations of Air Tickets & Hotels through their domains ( B2B site) . A separate inbound department is also a part of PML Holidays Travel team handled by expert Travel professionals to carter the guests travelling from overseas to showcase the insight of INDIA Read More...