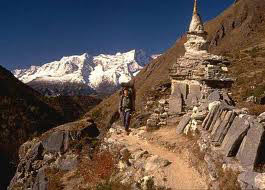 Any Air / Train fare Meals other than specified Monuments Entrance fees / Camera fees Soft drinks / hard drinks / starters Medical and insurance of any kind Any expenses arising out of unforeseen circumstances like flight delay/cancellation/hike in fare, strike or any other natural calamities Expenses of personal nature like laundry bills / telephone bills etc Any Tips


About Go My Journey India

Go My Journey India specializes in Inbound Tourism. Our team members are not only available 24 X 7 for pre-tour arrangements but once in India; a member is available throughout making sure all requirements are appropriately attended. Our sourcing team ensures that the rates for accommodation travel and allied services are comparable if not the lowest possible. Our expertise in handling large groups is exemplary. We have a team for liaison with tour operators abroad to customize tours as per our partners and their guests needs. Read More...