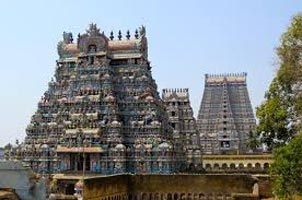 The Journey begins at Bangalore and takes you to the historical Temple cities of Mamallapuram, Kanchipuram, Tiruchirappalli, Thanjavur and Madurai. The beaches of Kovalam await and you with their sandy shores. You will glide by boat trough the palm fringed and silent canals of the Backwaters to Kochi, the lively port city on the Arabian sea. You will experience history and finally reach back to its starting point at Bangalore.

Heritage India Expeditions is a New Delhi based Tour and Travel Company consisting young, vibrant and professional team of experienced tourism experts. We are devoted for reviving culture, heritage and legacy of past and have a commitment for providing expert touch to our guest tour programs and creating lifetime memories. We are specialized in inbound tourism to the Indian sub-continent, encompassing India, Bhutan, Nepal and Tibet. Along with the tailor made tour services, we are also committed to offering our clients Airline & Rail Ticketing Services, Travel Insurance Services and Event Organizing services all over the India and Cruise Services in Singapore. Apart from the usual tours to India, we have a number of special interest tours. Wherein, we take our clients to an in-depth journey in fields of religion, culture, dance & drama, textiles & jewellery, fairs & festivals, architecture, yoga, wildlife and golf tour in India. The foundation stone of Heritage India Expeditions has been laid down by Mr. Krishna Rathi in the year 2012. Within the few years of our inception, we have grown big with a turnover of Rs.23 lac per annum. We believe in generating the real taste for travel in every guest of ours. Not only an excellent guide, but we are also a perfect planner for your India tours. We like to promote interaction between our visitors and locals so that they can enjoy and experience cross-country cultures, become an avid traveler. Our private tours are carefully planned and tailored to meet your needs so that you find everything you imagined and much more. Mission and Goal To gain long-term sustainable growth with 100% guest satisfaction and development by long term guest relationship, building values and adopting best business practices. Read More...