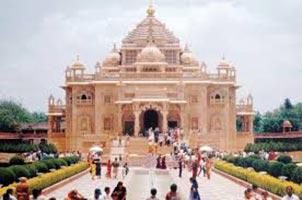 Ashok Sweets & Travels Agency is one of the top-notch Tour and Travel Companies in Singrauli (M.P.). We have created a strong presence in the country by providing packages that can suit all your requirements. The tour packages we offer are based on various themes such as Honeymoons holidays, Romantic holidays, Family holidays, and Romantic holidays amongst many others. That’s not it! We have a strong hold in offering superb travel related services that encompass Airline Ticketing Services, Rail Ticketing Services, Passport Services, Hotel Booking Services and Car & Coach Rentals. Read More...