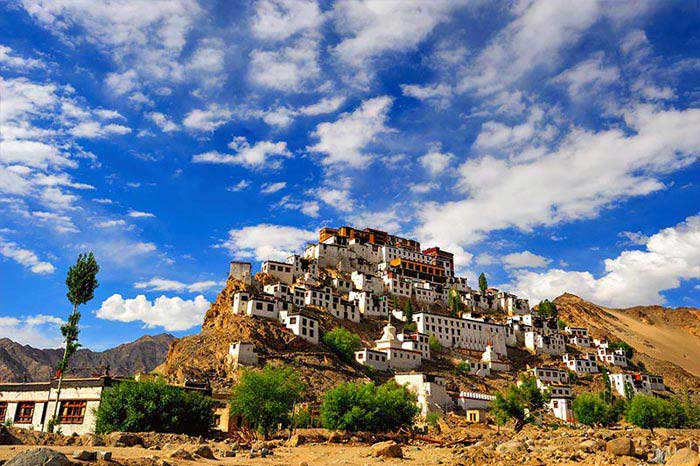 INTRODUCTION
Tour to Ladakh - A Timeless Journey is all about the pristine and enchanting beauty of Ladakh and its valleys. Bestowed with all the marvel of nature, this part of the county attracts millions of visitors from various corners of the world. This bewitching tour will unravel all the answers why Ladakh is considered as a cult among the tourists and is revered as one of the most gorgeous places on earth!
Join this Tour to Ladakh - A Timeless Journey tour to witness how life thrives on the harshest of climatic condition. Join this tour to discover the mystical beauty of a place that is dotted with fascinating mountains and snow - clad peaks. Join this tour to get Leh’ed during your Ladakh tour!

Uttranchal Paryatan is a Tour Operator Having a Complete Setup in Connection of Jammu & Kashmir, Himanchal-pardesh and Uttrakhand. We Organize Both Domestic and International Tours At Very Inexpensive Rates. We Believe Travelling Teaches One to Put Trust On the Strangers and Leave Everything that is Familiar Behind, and Taste Everything that is Exotic, Mysterious and Unknown. At Uttranchal Paryatan, Apart from Offering Dynamic Tours, We also Provide Sundry of other Services such as Airline Ticketing, Car & Coach Rental, Passport & Visa Services, Travel Insurance Services, Cruise Services, Etc. We Provide Our Services in Northern India and Many other Parts of the Country. Read More...