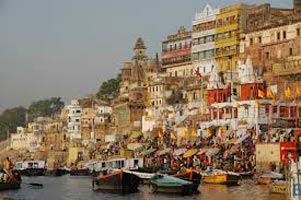 TRIP OVERVIEW: Stay at luxurious Oberoi Hotels and Resorts to enjoy Rajasthan tour. The breathtaking natural views in Ranthambore are mesmerizing. How can you miss a safari ride to see the royal tigers Agra Fort and Fatehpur Sikri keep you busy in taking notes of historic notes. Don’t miss a cycle rickshaw ride through the markets of Old Delhi. UNIQUE EXPERIENCES ON THIS TOUR: Attend a sacred Oil lamp aarti ceremony on the River Ganges Boat Cruise on River Ganges at sunrise to see locals worship at the ghats View the amazing erotic temples of Khajuraho Search for the elusive tiger in the Ranthambore National Park Traditional cycle rickshaw ride in the back streets and bazaars of Old Delhi View the Taj Mahal at sunrise and sunset to see change in color of the marble A Decorated Horse drawn carriage ride to the Taj Mahal in Agra Visit to the majestic fort of Jaipur Enjoy an Elephant ride at the Amber Fort in Jaipur (Jeep ride option available) Visit India’s most significant UNESCO World Heritage Sites such as Temples at Khajuraho; Humayun’s Tomb, Red Fort Complex & Qutab Minar in Delhi; Agra Fort & Fatehpur Sikri in Agra and Jantar Mantar Observatory in Jaipur many other interesting sights listed in the detailed itinerary.

AASTHA TRAVELS was established in the year 2010 to emerge as a leading tour and travel service provider in the city. The company was formed to make travel undertakings, easier for people. Mr. Amit Kumar is the CEO of the company, whose guidance has ensured a steady growth for our agency. Read More...