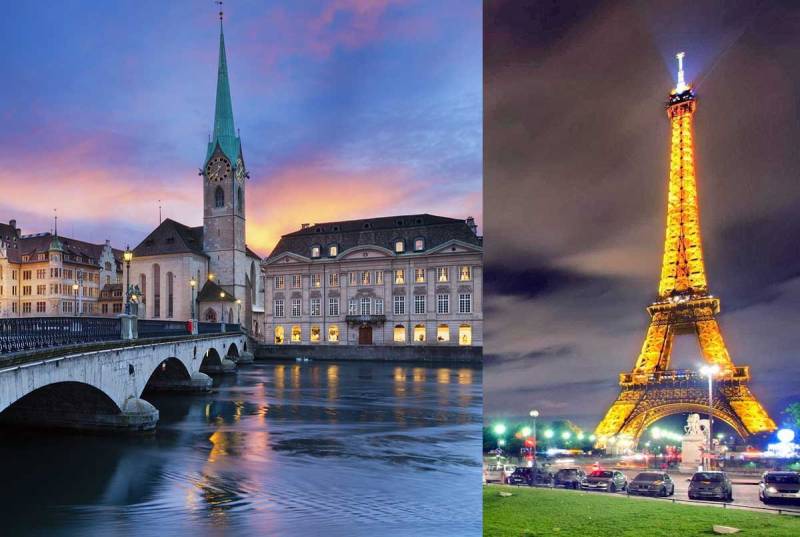 A Taste of Europe Tour

Taste the most delectable flavours of Europe on this magnificent tour. This Western-Europe tour takes you on a whirlwind tour of the most famous sights across below-sea-level Netherlands to the highest peaks of Switzerland. Catch the action live at the world’s largest flower market at Aalsmeer; stop by at Europe’s largest port, Rotterdam and the World’s Legal Capital, Hague; and check out the Netherlands attractions in miniature at Madurodam. Enjoy a scenic train ride from the Netherlands across Belgium to Paris, France for a Seinorama Paris Tour and a magical day at Disneyland Paris. A TGV train takes you to Switzerland for scenic excursions to Jungfraujoch – Top of Europe and Mount Titlis, the highest summit of the Urner Swiss Alps. The tour ends in Italy, where you can explore Murano – the island of artistic Glass Blowers, Burano – the island of lace and Torcello – the earliest centre of civilization.

New Delhi has become the first choice of travelers when it comes to witnessing the old traditional markets, historical monuments and Indian culture. If you are also planning a trip to New Delhi, then don’t forget to approach Travel Xpress. We are one of the best names in the travel sector of New Delhi, which is actively engaged in providing best-in-class travel services at lower rates. Whether it is about booking hotels, booking a cruise or booking flight tickets, we have the perfect solutions for the clients. We offer several travel services such as passport & visa services, car & coach rental services, event management services, tour operators services, hotel booking services and flight booking services. Read More...