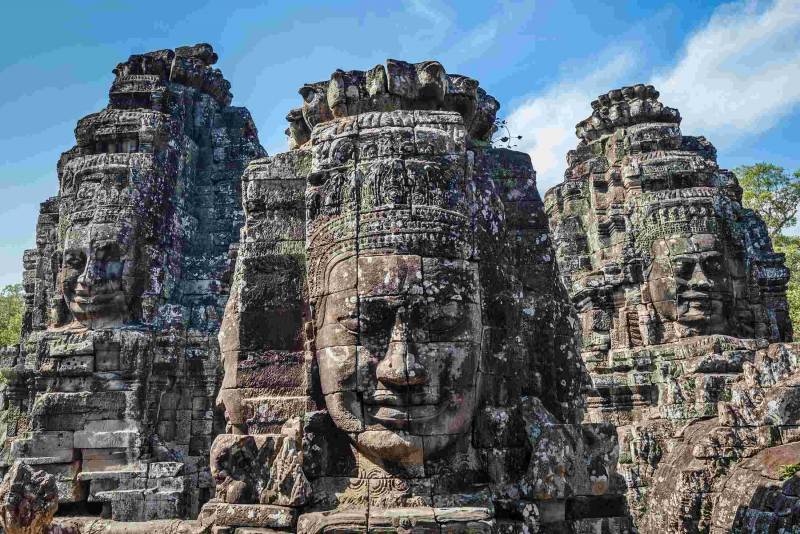 Phnom Penh is the wealthiest and most populous city in Cambodia. It is also the commercial, political and cultural hub of Cambodia and is home to more than one million of Cambodia’s population of over 13 million. There are many tourist attractions here such as: the Royal Palace with the Silver Pagoda, which dates to the mid 1800s; the National Museum, constructed during the French colonial era in the late 1800s in the classical Khmer style hosts a vast collection of Khmer antiquities; the Independence Monument (Khmer: Vimean Akareach), although modern from the 1950s, is also constructed in the ancient Khmer style… Siem Reap has colonial and Chinese-style architecture in the Old French Quarter, and around the Old Market. In town, there are Apsara dance performances, craft shops, silk farms, rice-paddy countryside, fishing villages and a bird sanctuary near the Tonle Sap Lake.Air fare ( For best air fare please contact us) Visa Extra activities, Guide, Camera fee charges & tips Meals except those listed in above inclusions Travel insurance Cambodia visa fee Domestic airport tax in Cambodia International departure airport tax ( Phnom Penh / Siem Reap airport at US$35 per person) Personal expenses Any other services not mentioned above inclusions. Govt. Service tax.

Arts Travels was incorporated in 2013 by Mr. Anuj Garg, one of the highly experienced travel professionals in India carrying over 21 years of expertise in handling individual and family travelers, leisure and business groups, incentives, VIPs and Conferences in any shape of tourism in the country & abroad. Read More...