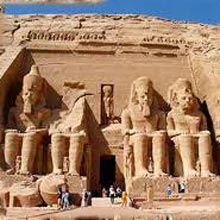 Egypt in the north-eastern and south-western corners of Africa and Asia is considered a true cradle of civilization; second oldest of all time. For the modern world, Egypt’s history has been one of the longest. Its history defines the prospering of cultures, religions and demography, which took place on its lands. Keeping the variety and richness in all its historical elements in mind, we have carefully designed our Egyptian tour to explore some of the best sides of the country. The 7 day Egyptian Explorer tour is an opportunity to witness the greats of the ancient Egypt and understand its consensus with the Islamic world.

Muskan Tours & Travels was instituted on the vision of promoting tourism across the country by offering the best travel deals and offers to travel enthusiasts throughout the nation and abroad. Established in 2017, it is progressing on its path of providing excellent travel solutions to clients under the leading light of its CEO, Mr. Khushal Garg. Read More...