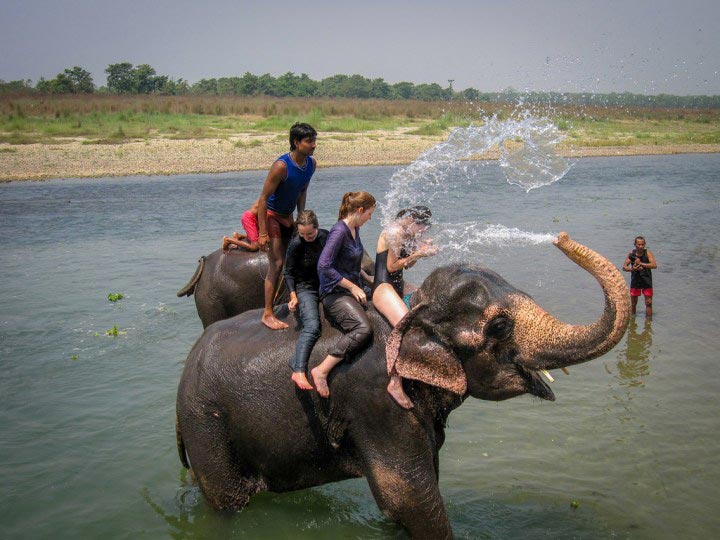 Services other than specified. Entrance fee at the monumental sites during the sightseeing Guide during the sightseeing Any expenses of personal nature such as drinks, laundry, telephone/fax calls. Any expenses caused by reasons beyond our control such as flight delays, rescheduling or cancellations, any accidents, medical evacuations, riots, strikes, etc. Any tips to drivers, hotel staff, any meals apart from the ones mentioned above. Any other tax or service charge that could be enforced during this period will be extra & need to borne by you. Jungle activities in the Chitwan National Park with entrance fees and national park fees ( Elephant safari is the highlight which is not included, jeep safari not included ) A valid Indian passport or an election Id is the only valid document for adults ( 18 yrs & above) for travel to Kathmandu by air. For children below the age of 18 years the school or college id suffices. The id should clearly reflect the traveller’s picture, school or college name, date of birth as well as the class in which the student is studying. Request that this be checked with Indian Immigration authorities at your end too. This information stands good while writing this mail. Do update yourself for any changes. This information is correct as of today and cannot be held liable just in case anyone is not allowed to board or the Govt of India changes the regulations.ADHAR CARD/ PAN CARD / DRIVING LICENSE IS NOT A VALID DOCUMENT TO TRAVEL TO NEPAL BY AIR Lastly the old Indian Currency of Inr 500 and 1000 are no more a legal tender currency in Nepal. The New Indian 500 as well as the 2000 denominations are also not valid. The Indian 100 or below notes are valid.