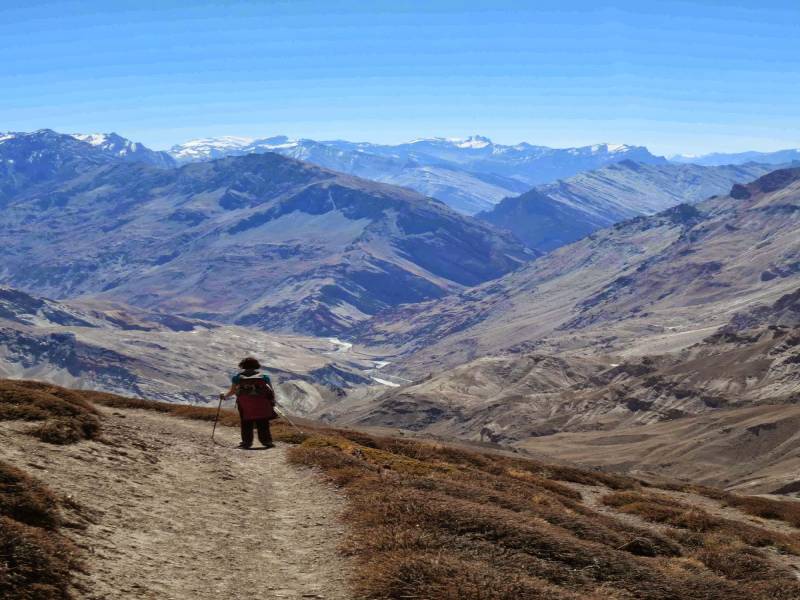 Lamayuru Chilling Trek A very interesting route beginning at the famous Lamayuru monastery After Hinju near Kongskila on the 3rd day of your Trek you will enter the famous Hemis National Park till you finish your Trek near Hemis at Martselang approximately you will walk 80 km in the Hemis National Park . There you can spot many rare wild animals/birds species amongst these are the elusive Snow Leopard, Ibex, Antelope, Tibetan Argali, Blue Sheep, Shapo, Marmot, Redfox, Tibetan Wolf, Eurassian Lynx and Tibetan Hare etc. However its very difficult to spot Snow Leopards during the Summer time. Among the birds fauna you can spot the Snow Patridge, Golden Oriole, Snow Cock, Golden Eagle, Horned Lark, Red Billed Chuff etc. This trek is less crowded, with many villages there you can experience the culture and lifestyle of Ladakh and more importantly, you can see the scintillating views, amazing rock formations & unforgettable transformation of landscape.