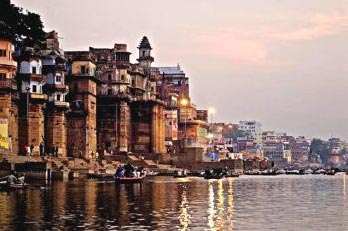 Classical India Tour is one of the most sought after programs for any tourist visiting India. Classical India tour lets you catch a glimpse of immensely beautiful destinations of north India. Be it the beautiful architectural city of Jaipur built of Red sandstone or one of the wonders of the world - the Taj Mahal either the visit to the temple of Kamasutra - Khajuraho or the boat ride on the Ganges river in the ancient city of Varanasi when the dawn hovers, name one beautifully exotic and spectacular destination, and north India never fails to surprise you with what it has store in for you. Spread over the span of eight days this tour lets you surrender in the tranquility of north India. Pack your bags and this tour would be the most cherished travel experience.10% DISCOUNT on published price, in case tour is booked & paid for 90 days prior to tour arrival date subject to minimum 2 persons travelling together.Breakfast on day of arrival
Meals where not mentioned
Medical & personal expenses like beverages
Tips and gratitude’s, telecommunication charges
Wi-Fi service
Laundry and what so ever not mentioned under “cost Includes1-1031-3