#1
Amont Things to Do in Pillaiyarpatti

The town of Pillaiyarpatti is named after 'Pillayar' - the Tamil name for Ganesh, and the Karpaka Vinayaka (also spelt as Vinayak) temple here houses rock cut images of Ganesh, Lord Shiva and several other shrines. The image of Ganesh is bound to be familiar to anyone of Tamil origin; however, little is known to many about the fact that there is an image of the rock cut Karpaka Vinayaka Shrine at Pillayarpatti near Karaikkudi at one of the oldest cave temples (rock-cut) of Tamil Nadu.

Pillaiyarpatti is situated between Pudukkottai and Karaikkudi. Karpaka Vinayaka or Desi Vinayaka Pillaiyar is the presiding deity here. Like the Karpaga Vriksham, which bestows all prosperity, praying to this idol will shower all good. He faces north, which is said to be the direction of Kubera, He is portrayed with two arms and a trunk curled towards his right in the valampuri mode. This 6 feet tall mammoth image of Ganesh is a bas-relief in an excavated cave, off of a hill in the precincts of the temple. Tiruveesar is a Shiva Linga carved in a similar manner. Other deities in the temple include Marudankudi Eesar and his consort Vaadaamalar Mangai. The Stalapuranam published by the temple classifies the growth of this temple into three distinct stages. The first stage goes back in time by about 1600 years. During this period, the innermost rock cut shrines housing Karpaka Vinayaka and Tiruveesar came into being.

The uniqueness of the image of Ganesh is one factor testifying this date; the characters used in the temple inscriptions also help establish this date. The pillars within the shrine are of pre-Pallava origin. The Pallavas were prolific builders of rock cut temples and a number of these can be traced to Mahendravarman I (615 - 630 AD) and Narasimhavarman I (630 - 668 AD). However, the inscriptions at Pillayarpatti date further back to the 4th century AD. Also, given the location of the temple in the Pandya kingdom it would only be logical to associate Pandya patronage to this temple, especially in the light of Pandya patronage at the Kazhugumalai temple not too far from here.

There are several inscriptions within this temple that date back to the period between 1091 AD and 1238 AD, making it apparent that the Pillayarpatti Nagarattar became the custodians of the temple during the 13th century AD during the second growth phase of this temple, when Vimanams and RajaGopurams were built. The third phase of growth is much more recent and it involved the repair, rebuilding and refurbishment of the entire temple complex, including the renovation of the temple tank. The tank and the two Raja Gopurams provide an attractive approach to the temple, in this rather remote town of Pillayarpatti.

It is with great pride that the Pillayarpatti Nagarathar community, which has been traditionally involved with the temple - patronizes maintenance of this temple and the scrupulous conduct of worship services. Worship Services Each day, five worship services are offered to the presiding deity, commencing at 6.00 a.m. and closing down at 9.00 p.m. During the fourth phase of each lunar half-month, Pillayar is taken in procession around the temple. Hundreds of pilgrims patronize the temple on these days. 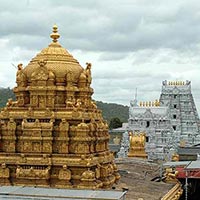 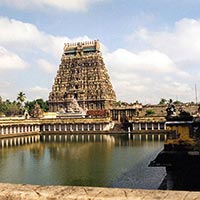 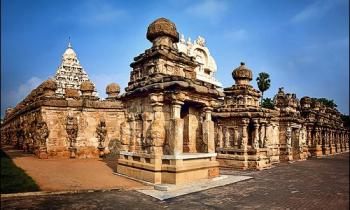 Top Places to Visit in Pillaiyarpatti

All Places to Visit in Pillaiyarpatti