#1
Amont Things to Do in Tirupporur

Tirupporur (place of the sacred war) is one of the 33 major temples of Tamil Nadu dedicated to Lord Muruga, situated 25-km away from Chingleput and 45-kmfrom Chennai. Tirrupporur is an ancient temple dating back to the Pallava period. Tirupporur is known by different names like Poriyur or Yuddhapuri or Samarapuri. It is believed that after vanquishing Soorapadman at Tiruchendur, Skanda destroyed the rest of the demons at Tirupporur.

There are many legends related to Tirupporur according to one, Lord Vishnu and his consort Lakshmi were subjected to the curse of Kanva rishi. In order to liberate them from its effects Lord Shiva came to this place and relieved them from its effects. Hence Tirupporur temple has a lot of significance where Lord Shiva and his son Muruga (also spelt as Murugan) are worshipped. The Sthalapurana also discloses that Lord Muruga with his consorts Valli and Devayanai granted protection to devas and expounded the meaning of Pranava to Agastya Muni at this place.

The image of the Lord Muruga (also spelt as Murugan) is believed to be as "Swayambhu Murti", which lay covered up by an anthill. Chidambara Swamigal is said to have discovered the image of 'Skanda' in the anthill, and then rebuilt the temple and reinstalled the image. The temple was later on looked after by the decedents of Chidambara Swamigal and brought it to the present day fame. About The Temple This temple enshrines Skanda in several forms relating to legends from the Skanda Puranam. The foremost of these is the depiction of Skanda as a warrior, "Samhara Subramanya". He is also enshrined in the form of a child, expounding the meaning of the oneness of creation Om to his father Lord Shiva. On the eastern side of the temple is sanctum sanctorum wherein one can see the 'Palmyra' tree and the anthill under it wherein is "Kanda Perumal" with "Valli" and "Devayanai" on a small Peetha. Chidambara Swamigal used to perform Abhishekam to these images.

The image of the lord in the anthill is covered with Kavacha and other jewels but no Abhishekam (also spelt as Abhisheka) is performed for this deity. There is a 24-pillared hall and a 30-pillared circular hall in this temple. There is a shrine to "Vembadi Vinayaka" under a Neem tree. The two sacred Teerthams (also spelt as Teerthas or Theertahs), "Saravana Poigai" and "Valliyar Odai" are on the southern side of the temple. On the eastern side of the Teerthams, there is a Mandapam of four pillars. There is also another Teertham by name "Pranavamritam". 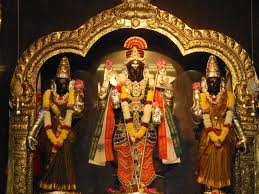 Top Places to Visit in Tirupporur

All Places to Visit in Tirupporur