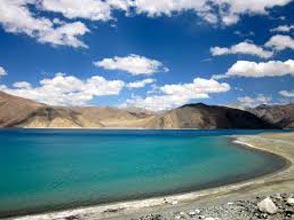 To make one’s life interesting, one has to constantly look forward to different modes of recreation. Be it in the form of art, culture, or anything, we all need something or the other to make our lives more fascinating and colourful. And travelling is one such activity that gives us so much joy. We all love travelling, be it to a friend’s place or to a distant cousin’s. Travelling has been a part of human lives since time immemorial and we cannot ignore the fact that the world itself has been designed as a result of voyages undertaken by travellers through generations. So, to let you make travelling a part of your lives, we are here as a reliable travel partner. TUNG TRAVELS was established in the year 1995 and it has thus been serving clients for more than 20 years now. The humongous experience the company has achieved and the way the company has prospered is incredible. Much of the credit for the company’s present position has to go to its CEOs Rubal Tung and Robin Tung. We have our base in Amritsar, Punjab (India). For all your travel undertakings, you now have a trustworthy travel partner, who will take care of all your needs during your journeys. And that’s none other than TUNG TRAVELS! Read More...