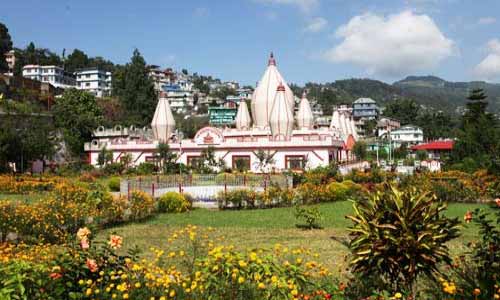 About Sikkim: Small but beautiful, Sikkim is situated in the eastern Himalayas. The state is spreaded below the Mount Khanchendzonga (8534 mts), the third highest mountain in the world, and revered by the Sikkimese as their protective deity. With an area of 7,300 sq kms and measuring approx. 114 kms from the north to south and 64 kms from east to west, the elevation ranges from 300 meters to over 8540 meters above sea level. Amidst the grandeur of the mountain peaks, lush valleys, fast flowing rivers, hills, Sikkim offers her visitors a rare and singular experience. Within a matter of hours one can move from the sub tropical heat of the lower valleys to the cold of the rugged mountain slopes that reach up to the area of perpetual snow.
The modern history of Sikkim begins from 1642 A.D. with the coronation of Phuntsog Namgyal as the first Chogyal or king of Sikkim in a tranquil pine covered hill in Yuksom Norbugang in West Sikkim.The Namgyals were scions of the Mi-nyak House in Kham in Eastern Tibet. It is said that there were three brothers, chiefs of Kham Mi-nyak. A letter dropped from heaven directed the middle brother to go south towards Sikkim where his descendents were fated to rule. It was in Sakya that his eldest son single-handedly raised the pillars of the Sakya monastery and earned himself the sobriquet of ‘Khye Bums (the strength of a lakh of men). Khye Bumsa also earned himself the hand of the daughter of the Sakya hierarch and settled in Chumbi Valley, which remained, for a long time, the epicenter of the later kingdom of Sikkim.