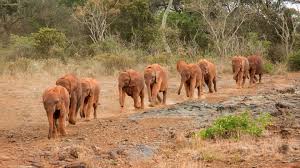 Kenya is a beautiful country in Africa and is the land of sweeping savannah grasslands inhabited by charming megafauna, including the big cats, elephants, lions, zebra, leopards, and rhinos. The picturesque landscapes here stir the soul with deserts in the north, Rift valley lakes in the center, dense forests in the west, and tropical coast in the east. Kenya is also a fascinating African destination in terms of its ethnic diversity, comprising of around 40 different tribes. Besides, the country has endless beauty to explore.