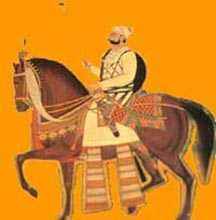 Rajputana, the modern-day state of Rajasthan, has been the scene of some of India's most famous battles and infamous court intrigues, and is home to some of the finest forts and palaces. The magnificent Jai Mahal Palace, the idyllic Lake Palace and the secluded Mandawa Castle are just some of the regal settings in which you will be treated like a maharaja. The forts at Jodhpur and Jaisalmer encapsulate the romance and chivalry of India's powerful Rajput Kings, while at the ancient capital of Amber an ascent on elephant-back recreates the majesty of a bygone era. Unique fresco styles and intricate miniature paintings adorn the Rajasthani palaces at Shekawati, which were once inhabited by the most flamboyant ruling dynasties. Experience a typical Indian Village Safari in Jodhpur, a Tonga ride in the city of Taj, a boat ride on Lake Pichola in Udaipur, an exciting Desert safari in the heart of Thar Desert, in Jaisalmer, while relaxing in the royal palaces, this tour rediscovers the majesty of this "Land of the Kings".10% DISCOUNT (if booked 90 days in advance with full payment) per person on Twin Sharing basis subject to minimum 2 pax travelling together. GROUP Discounts available on minimum 10 paying paxAirfare (Udaipur-Delhi) Breakfast on day of Arrival, Meals, medical & personal expenses like beverages, Tips and gratitude’s, telecommunication charges, Wi-Fi charges, laundry Insurance of any kind, Visa fees, GST@5% and what so ever not mentioned under “cost Includes”