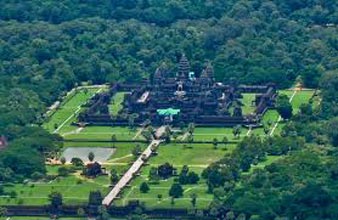 Destination: Cambodia Duration: 4 days Tour Type : Private Hotel Category : Standard - Luxury Tour name : Angkor Discover 4 days - 3 nights WHY SHOULD I GO TO CAMBODIA ? Cambodia is a country rich of culture and traddition. If you have been to Cambodia you will claim that visiting Cambodia is a must - do activity. Since this country is a peaceful country with many tourism places everyone is addicted with this country so much. If we talk about climate in Cambodia, there is nothing to criticize because you will be happy to visit any place without caring about bad climate. People in Cambodia are really friendly and also helpful. So you can easy to communicate with them if you can speak Khmer and if you cannot speak Khmer you can also speak English because there are many Cambodian who can speak English.International flight ticket Visa stamps upon arrival of $30.00 per person Compulsory Gala Dinner on 24 Dec and 31 Dec Other meals not mentioned Tips & personal expenses Laundry Other not stated above Travel insurance