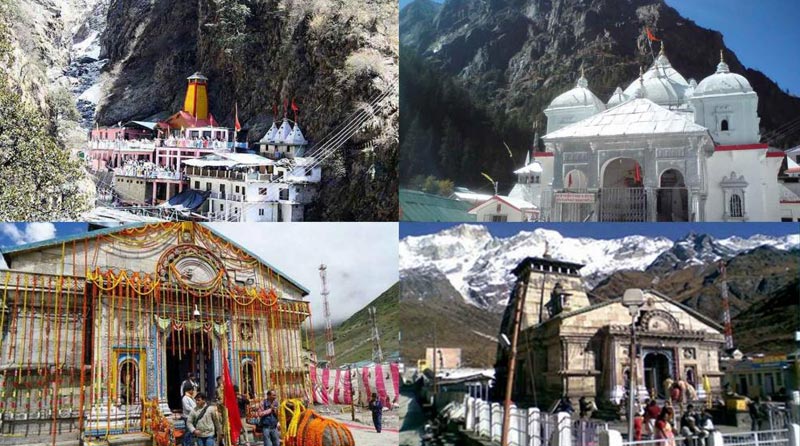 Nett and Non Commissionable Cost:- Deluxe Category: - Rs.78,950/ - Using 01 Double Room + A/c Dzire as per the itinerary. Helicopter Tickets for Kedarnath will be Rs.7500/ - per person. Hotels : - : Haridwar Hotel Godwin (A/C) / The Golden Tulip (A/C) - (01 Night) Barkot Camp Nirwana (Swiss Tents) - (02 Nights) Uttarkashi Shivlinga Resort (A/C) / Akash Ganga (A/C) / Shivparivar (A/C) / Great Ganga (A/C) - (02 Nights) Guptkashi / Sitapur Camp Nirwana (Swiss Tents) / Shivalik Valley Resort (S.Dlx) - (01 Night) Rudraprayag Monal Resort (A/C Standard) - (02 Nights) Badrinath Hotel Sarovar Portico-(01 Night) Rishikesh Vasundhara Palace (A/C) / The Amaris (A/C) - (01 Night) Hotels are subjected to availability at the time of booking!!! Package Cost Includes: - Accommodation in One Double Room at hotels specified OR similar, breakfast+ dinner in each hotel, A/c Dzire as per the itinerary (ac will not work in hills OR when the vehicle is parked) ,state tax, toll charge, parking, driver allowance. Package Cost Does Not Include:- Meals other than those specified, entrance, Helicopter Tickets, ride, tips, any other item not listed in cost includes section. Important Note: The above given cost is calculated on the basis of the selected hotels and base or mentioned category of rooms. In case Rooms in the above said hotels are not available at the time of booking then we will offer similar category hotel and the costing is subject to change as per the rates & availability of rooms. Please note that this is our offer letter and we are not holding any rooms in the above said hotel as of now. We will process the booking upon your receipt of your confirmation. Terms and Conditions:- No refund of non-utilized services, once the tour is start than no change in program will be allowed, Silk Route Holidays is working as an agent between hotel/car owner and the guest and therefore, will not have any legal liability towards guest or the hotel. By confirming the package/tour you accept all terms and conditions. All disputes are subject to Delhi jurisdiction and compensation amount will not exceed beyond the booking amount in any case. The company will not be responsible in any way for Flight miss, any loss, injury or damage to person or property in connection with transportation or hotels, cause of acts of strikes, pilferage, flood, landslide, riots, breakdown of machinery, accidents, snow fall, etc. all sightseeing depends on permits, weather & road conditions.

Travalta is a Pune (maharashtra, India) Based Tour & Travel Company. the Foundation Stones of the Company Were Laid By Miss, Rachana waghmode. Who is Serving the Company as Its Ceo. as An Agency, We Embarked Our Trade Operations in 2016. At Travalta, We Prioritize Clients’ Requirements and Plan Their Itineraries in Compliance with Their Schedule, Budget and Taste. Read More...