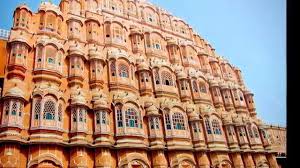 Offered by : S B International Tours And Travels 5/5 - 3 Reviews


About S B International Tours And Travels

Take some out of your busy schedule and travel to the destination of your dreams to refresh your body and mind. Traveling is an activity loved by millions of people around the globe. Some travel for adventure and some travel for work. And some people just travel to spend some time away from their regular life. We are here to make the traveling process easier for you by providing you services and solutions. All we want is you to travel around the globe, explore new places and gather experiences and memories of a lifetime. Established in 2012, S B International Tours and Travels is a one-stop destination for all your travel needs. Mr. Shantkumar Biradar serves the company as its CEO and he leads the company on the principles of honesty, dedication and transparency. The company has its operational base in Saraswathipuram, Mysuru (Karnataka). We have a committed team of professionals working towards building the company as a leading agent in the tourism industry. We intend to give amazing travel services to clients and thus making them content and happy. We commit ourselves in helping people discover and enjoy the pleasures of traveling and help them gain experiences that will give them priceless joys upon retrospection. Read More...

More Packages by S B International Tours And Travels