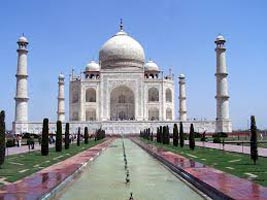 Rajputana, the modern-day state of Rajasthan, has been the scene of some of India's most famous battles and infamous court intrigues, and is home to its finest forts and palaces. The magnificent Jai Mahal Palace, the idyllic Lake Palace and the secluded Mandawa Castle are just some of the regal settings in which you will be treated like a maharaja.

The forts at Jodhpur and Chittorgarh encapsulate the romance and chivalry of India's powerful Rajput Kings, while at the ancient capital of Amber an ascent on elephant-back recreates the majesty of a bygone era. Unique fresco styles and intricate miniature paintings adorn the Rajasthani palaces which were once inhabited by the most flamboyant ruling dynasties. An exciting Desert safari in the heart of Thar Desert in Jaisalmer. While relaxing in the royal palaces, this tour re - discovers the majesty of this " Land of the Kings".Group Discount availableBreakfast on day of Arrival, Meals (where not mentioned) medical & personal expenses like tips, beverages and gratitude’s, telecommunication charges, Wi-Fi charges, laundry, Insurance of any kind, Visa fees, GST and what so ever not mentioned under “cost Includes”1-1031-3


We accept credit cards via PayPal and direct bank transfers. All remittances by foreign nationals should be via credit card OR via direct Bank wire -transfer from sender’s bank to recipient’s bank account in New Delhi with copy of confirmation sent to us.  Please note there will be 3% surcharge applicable on Total Bill if paying via PayPal.

On confirmation of the programme from the " Company " a deposit equal to 50% (fifty) of the contracted value of the tour price is required to be sent directly to the "Company's" bankers, vide swift transfer/ credit card with a confirmation copy of the same to the "Company's " headquarters, at New Delhi. The balance of the contracted value 50% (Fifty) shall be paid not less than 35 days before commencement of tour OR a deposit of 100% (Hundred) is required 35 days before commencement of tour.

All disputes subject to Delhi Courts only.