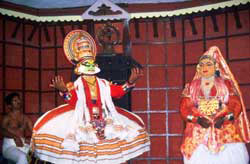 Our aforementioned quoted prices are based on room (Used base category room at all the hotels) + mentioned meals basis.

Payment Terms & Methods :
* Some Advance Percentage of total booking amount * Airfare/Transport fare to be paid full at one time in advance.
* (To be corrected ) Payment require 30% at the time of Booking and Rest on arrival in India.