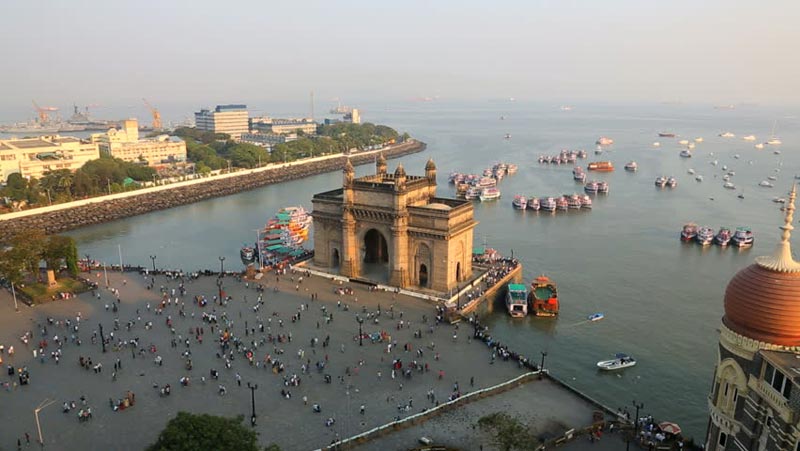 You’re starting point for journeying into time – Mumbai, Goa & Aurangabad. There is a lilt and rhythm to the names evoking memories of a splendid heritage. Mumbai - A city comprising of 7 islands received as dowry by the King of England for marrying the Queen of Spain, a Portuguese colony called Goa and an active ancient rock cut 2 & 3rd century temple city called Aurangabad named after the last Mogul Emperor Aurangzeb (1659-1707 AD)

In Mumbai visit a live Bollywood Film Studio, Aurangabad takes you to the ancient rock cut temples of Ellora & Ajanta and in Goa the sun, sand & the sea are your companions on this 11 days fascinating western India journey. You will get a chance to get a behind-the-scenes-look at Hindu, Buddhist and Jain faiths on this private tour. Follow a professional guide through Kailasha Temple, Daulatabad Fort, Bibi Ka Maqbara and Jyotirling Temple and gain a deeper understanding of the customs, history and traditions that drive these faiths.10% DISCOUNT (if booked 90 days in advance with full payment) per person on Twin Sharing basis subject to minimum 2 pax travelling together. GROUP Discounts available on minimum 10 paying paxNot Included:
Air/Train/Bus Fares
Breakfast on day of Arrival
Meals except where mentioned
Medical & personal expenses like beverages, tips and gratitude’s, telecommunication charges
Any kind of Insurance
GST@5%
Wi-Fi charges, laundry and what so ever not mentioned under “cost Includes"
EXTRA COST - FLIGHT –Approximate cost US$ 375 Per Person NOT included in the Package Cost
BOM –IXU -1545 – 1615 9W
IXU – BOM- 1745 -1855 9W
BOM –GOA – 2100 – 2225 AI
GOA-BOM – 0700 -0820 9W
Timings are subject to change

C'MORE "The Company" accepts bookings subject following conditions:
On confirmation of the programme from the " Company " a deposit equal to 50% (fifty) of the contracted value of the tour price is required to be sent directly to the "Company's" bankers, vide swift transfer/ credit card with a confirmation copy of the same to the "Company's " headquarters, at New Delhi. The balance of the contracted value 50% (Fifty) shall be paid not less than 35 days before commencement of tour OR a deposit of 100% (Hundred) is required 35 days before commencement of tour.

• All disputes subject to Delhi Courts only.