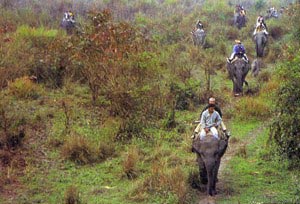 Items of personal nature like Porterage, Tips, Laundry and Mineral water. Entrance fee to any monuments/National park or camera fee. International / Domestic flight & Visa fee. Any lunch, dinner, snacks or mineral water etc. unless mentioned in the itinerary. All other items and service not mentioned above. Company will not be responsible for any loss / Damage of Baggage, Train / Flight Delay or Cancellation due to technical fault or Natural disasters, Road blockage, Strike and Land slide etc.15-0230-09