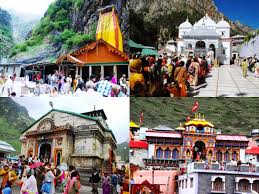 Payment Terms & Methods :
40 % advance and balance at the time of trip start.
We required full advance for Helicopter ticket confirmation.

Operating from Kanpur, Jai Mata Di Tours and Travels has become a promising name in the travel industry. Working in the industry for more than two years, we have been able to gain a huge clientele in the city. Owing to the sheer efforts and dedication shown by our team members, we have become experts in offering a wide variety of travel services such as tour operator services, plan your event services and hotel booking services. In addition to this, we also provide various economy cars and wedding cars on a rental basis as well.Jai Mata Di Tours and Travels is a well-known travel agency that is located in Kanpur (Uttar Pradesh, India). Mr. Shubhanshu Arya is the owner of the company, who has always motivated the entire staff of the company to contribute more to the company’s achievement of organizational goals. Jai Mata Di Tours and Travels is operating in the travel industry since 2017 Read More...