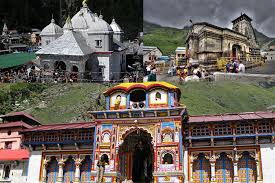 Badrinath is a revered shrine and one of the famous Chardham visited by lakhs of devotees every year. Lord Badri Vishal is the deity of the Badrinath Temple. Lakhs of pilgrims visit the shrine each year in summers.