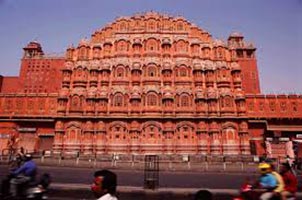 Honeymoon is the time when you look to cement your bond of love with your partner and spend some unforgettable romantic moments together. What could be more romantic and enchanting place to spend a loving time together than Rajasthan? Our 16 days and 15 nights romantic tour package takes you to the various famous places of Rajasthan like Nawalgarh, Bikaner, Jaisalmer, Jodhpur, Udaipur, Pushkar and Jaipur where you can get mesmerized by the natural beauty, marvel many splendid monuments and enjoy a memorable honeymoon.