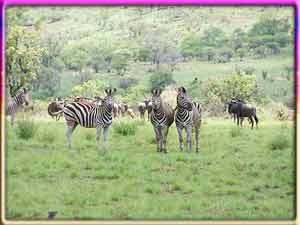 Free State is known for its historical and cultural attractions. Its capital is Bloemfontein which is also South Africa's judicial capital. Free State offers a wealth of wildlife which includes its major provincial reserve Willem Pretorius Game Reserve. The wilderness offers excellent fishing conditions, and a wide range of sports. The weather is typical with hot summers, chilly winters and sunshine throughout the year. In spring the hue of countryside is green with blue skies and predominantly prairie-like scenery, accented only by the odd hill and the Eastern Highland. The people of Free State open their doors to visitors, providing excellent opportunities to enjoy their friendly hospitality.

The Free State, with it’s vast beauty, endures a fair amount of hardship due to it's hot, arid climate. Almost uniformly at about 1,300m above sea level, the Free State has weather typical of an interior plateau with summer rains, chilly winters and plenty of sunshine. To the north, the Vaal irrigation area nourishes the small assortment of farming towns below it, and the hue of the countryside is often green. The east is entirely different with its winter blanketed by mountain snow and summers by the flourishing valleys it is characteristic of nature’s surprises. The west is warm and cold in equal measure, its inhabitants making use of the many man-made water recreation facilities to endure the heat as much as using heating facilities in winter’s low temperatures. The south brings hot, dry summer days and long, cold winter nights. This semi-desert area also brings fluctuations of temperature from day to night. Bloemfontein is the capital city of the Free State. Its average summer temperature is +/- 23ºC and its average winter temperature is +/- 8ºC. January is the hottest month, with a temperature range of 15 - 32ºC, while June is the coldest, its range a cold 1ºC to a mild 17ºC. Bloemfontein receives an average rainfall of 500-600mm annually. The latitudes south of the city are even hotter, while in high-altitude north-east, temperatures are markedly lower. The Free State experiences a continental climate, characterised by warm to hot summers and cool to cold winters. Areas in the east experience frequent snowfalls, especially on the higher ranges, whilst the west can be extremely hot in summer. Almost all precipitation falls in the summer months as brief afternoon thunderstorms, with aridity increasing towards the west. Areas in the east around Harrismith, Bethlehem and Ficksburg are well watered. The capital, Bloemfontein, experiences hot, moist summers and cold, dry winters frequented by severe frost. Bloemfontein averages: January maximum: 31°C (min: 15°C), July maximum: 17°C (min: -2°C), annual precipitation: 559 mm Bethlehem averages: 27°C (min: 13°C), July maximum: 16°C (min: -2°C), annual precipitation: 680 mm

By car The N1 highway runs through the Free State. It comes from Cape Town and goes further to Johannesburg and Pretoria and from there to Harare in Zimbabwe. Use this route when coming from/going to Mozambique, too. The N3 runs in the east of the Free State through Harrismith. Use it to go to Durban or the Gauteng area. The N8 goes from Bloemfontein to Kimberley and further to Upington. The N6 goes south to the Eastern Cape The N5 only serves as a connection between the N1 and the N3. By plane Bloemfontein Airport has flights to Johannesburg and Cape Town and some other cities in South Africa. Flights are operated by the South African Airways family.

Local Transport : To travel around in Free State you can hire a car as the roads are well developed and well sign-posted with driving done on the left hand side. Public Transport in Free State is not as well established as foreign visitors may be adapted to. But you can go for camper rental or air charter.
Getting Around : There are many connecting flights, trains and buses to take you Free State. Reaching Free State doesn't cost much expense and there are several ways to get to this holiday destination.

There is wealth of things for entertaining the tourists especially the breathtaking sceneries, rocking night life etc. You can also spend time in the city of roses, fossil hunting, exploring rock art or simply sailing.

Entertainment : There is wealth of things for entertaining the tourists especially the breathtaking sceneries, rocking night life etc. You can also spend time in the city of roses, fossil hunting, exploring rock art or simply sailing.
Read More 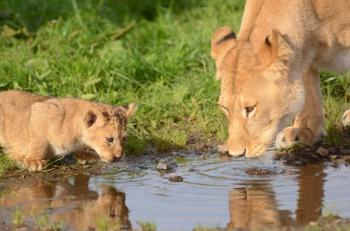