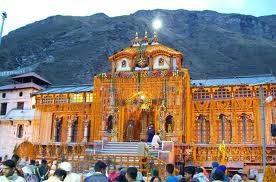 The Chardham Temple are situated in Garhwal region of Uttarkhand. It is known as a Yamunotri, Gangotri, Kedarnath and Badrinath ji. It is a time to open like from April-May to Oct - Nov and remain 6 months it is closed cause of Himalayas rang. This pilgrimage places are very famous and very effect according to the Hindu dhram. Every Year huge people are going to these places for darshan. Haridwar and Rishikesh is the Gateway of Chardham Yatra. If you are looking for train then best option is Haridwar Railways and if you are looking by air then Dehradun Airport is best option. Also if you are looking for stay then best option is Rishikesh because it beauty and Aarties.

Payment Terms & Methods :
100% Advance Percentage of total booking amount
Upon cancellation, refund will be made after deducting the Retention Amount.
Retention Amount varies as per the number of days left before your package start date

Cancellation & Refund Policy :
Retention Amount varies as per the number of days left before your package start date.
Refund will be made within 15 working days from the date of receipt of the cancellation.