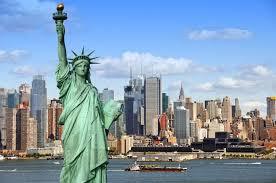 Hotels Transfer/Sightseeing’s Meal Check in time: 3 pm / Check out time: 11am 2-6 Pax – SIC basis Breakfast: As provided by Hotel. Breakfast time: 6:30 Am to 9:30 Am 7-14 Pax - PVT basis Dinner: Set Menu. Incidental Charges Must be paid by clients Any Additional menu must be paid by clients TERMS & CONDITIONS: All rates are based on minimum 2 Pax traveling together at all tours. Surcharges apply for any trade fair/special event in city. Child age - 2-9 years. Above 9 years is considered as an adult. - All rates and availability are subject to change at the time of booking. - Some events are seasonal like Maid of the Mist, Cave of the Winds, Beast ride, Yosemite Park, Lake Tahoe ect. (Will be closed for winter) - We reserve the right to use alternative accommodation, sight seeing tours and transfer of equal or higher standers. - No refunds either in part or full will be made for any unused services in above package like ground transportation, meals, accommodation, sightseeing tours. SERVICE TAX 3.09% EXTRA ON THE TOTAL BILLING

We Take this Opportunity to Introduce Ourselves as One of the Fast Growing Wholesale Hotel Reservation & Marketing Agency Headquartered in Ahmedabad and Associate Offices all Over India. IGTT is a Tourism Organization, Dedicated to the Promotion of Tourism in Gujarat. We Undertake Inbound and Domestic Tour Operations as Direct or Handling Agent. We Work Closely with Hotels and Resort Owners, Collecting Constant Feedback from Clients, Thus Assisting Them in Upgrading and Improving Their Services and Facilities. in Regard with Customers, We Take Upon Ourselves the Onus of Being Their Friends, Philosophers and Guides, When It Comes to Assisting Them in Choosing, Planning and Availing of a Holiday.\r\n\r\nWe Deals in Airline Ticketing, Car & Coach Rental, Tour Operators, Bus Ticketing & Hotel Booking Services. Read More...