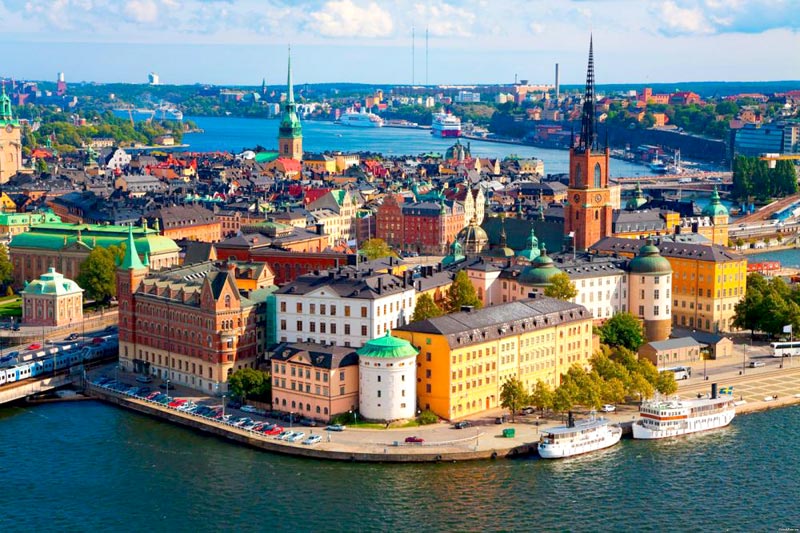 Summer All of Scandinavia Add On 4 Nights Russia 2015 Tour

Any increase in the air fare, fuel surcharge and taxes charged by the airlines on your air ticket (calculated at 1st October, 2014 rates).
Any increase in the rate of exchange leading to an increase in all land arrangement which may come in to effect prior to departure.
Cost of extension of the validity or deviation from route of your air ticket.
Cost of the Suggested Excursions.
Porterage, laundry, telephone charges, all items of personal nature and also food and drinks not forming part of the group menus.
Mandatory tips of Euro 3 per person per day for Coach drivers, Guides etc.
Anything not specifically mentioned in ‘What your Tour Price includes’ box.

Welcome to Linea Holidays Holiday – the time that everyone waits for with bated breath! It is not just the kids who become excited at the thought of vacation but adults too cannot resist the lure of holiday time. By its very definition, a holiday refers to a time for relaxation, and is meant to be enjoyed to the fullest. To ensure a fulfilling holiday experience, you need the help of experts. At Linea Holidays, this is exactly how we identify ourselves – as expert holiday planners. Linea Holidays is a reputed travel company in Mumbai that provides excellent travel services to clients all over the country and internationally. Established in 2012, Linea Holidays Private Limited (Mumbai), as competent Tour Operators, we have successfully organized International Tours for clients across Canada/ USA, South America, Thailand/ Malaysia/ Singapore, Egypt, Greece, etc. For clients interested in exploring India, we organize Domestic Tours across destinations like Kerala, Rajasthan, Kashmir, Ladakh, Goa, Himachal, Uttaranchal and Karnataka. The services offered by us includes Airline/Hotel/Rail /Bus Ticketing, Passport & Visa, Travel Insurance, etc. ABOUT US: Linea Holidays is a uber luxe travel house, where exclusivity meets class and luxury. We offer inspiring experiences across exotic destinations around the world, and craft the perfect high-end private journey for our clients. We are one of India’s premier luxury travel houses, with offices in Mumbai, Delhi and Bangalore, and our forte lies in crafting unparalleled bespoke vacations, and inimitable, niche travel experiences. At Linea Holidays, we identify ourselves as expert holiday planners in the luxury segment. Our depth of experience and infrastructure enable us to create unique customised itineraries with the operational confidence to fulfil the most sophisticated traveller’s expectations. Established in 2012, Linea Holidays Private Limited, as competent Tour Operators in the luxury segment, we have successfully organized niche International Tours spanning diverse geographies such as Maldives/Mauritius/Seychelles, Bora Bora, and the Caribbean, Egypt, Greece, Turkey, Balearic Islands, Cyprus, Canaries, Bali, Indonesia, Thailand/Malaysia/Singapore, Canada/USA, South America etc. For clients interested in exploring India, we organize the ultimate vacation across destinations like Kerala/Lakshadweep/Andaman, Rajasthan, Kashmir/Ladakh/North East, Goa, Himachal, Uttaranchal and Karnataka etc. We design customised theme-based tours for our clients to explore the abundant heritage and culture of India, with its magnificent palaces and forts, culinary magic, rural and tribal arts and crafts and varied flora and fauna. We also design tailor-made exclusive wildlife safaris, adventure sport and golf tours, spiritual and religious tours, ayurvedic wellness and spa tours, and also tours of exotic beach resorts and ski resorts across the globe. We provide a wide variety of exclusive services such as air charter, luxury hotel and villa booking, cruises and yacht booking, luxury train booking, limousine hire, luxury coach hire and organising destination weddings, besides providing the regular yet much needed assistance on Passport and Visa, Travel Insurance, Forex Services etc. As your luxury vacation craftsmen, we consider it our responsibility to ensure that you have a memorable experience to cherish a lifetime. Read More...

X Hi, Planning To Travel? Let us help you.
Live Chat
TourTravelWorld
TourTravelWorld
Hello! Are you looking for Summer All of Scandinavia Add On 4 Nights Russia 2015 Tour ?